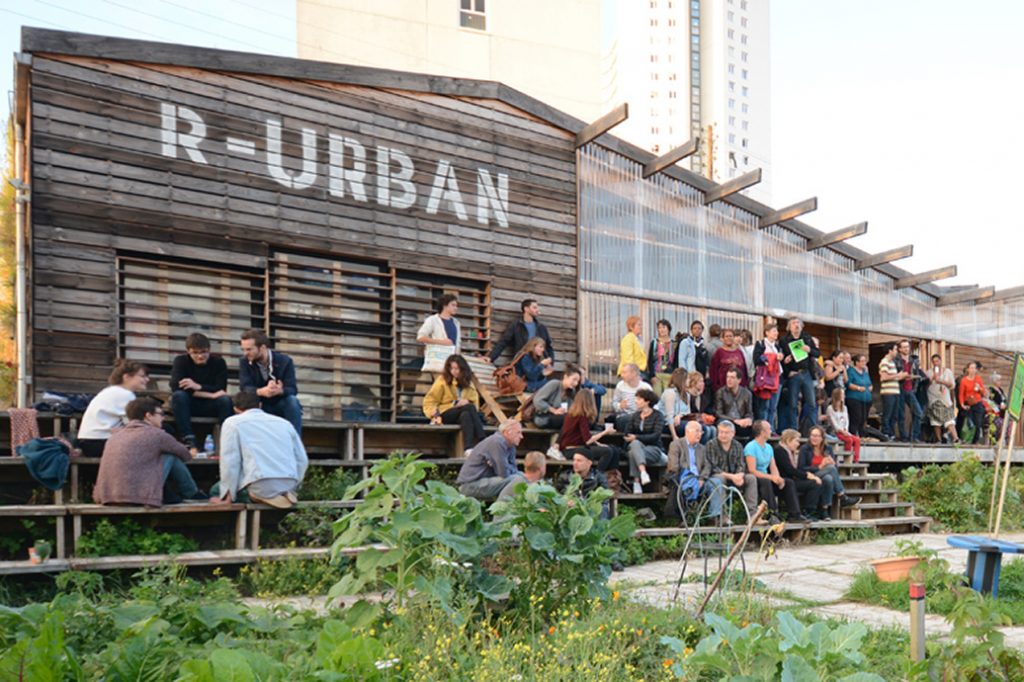 R-Urban is a grassroots movement for ecological transition. It proposes to enhance the local capacity of urban resilience by building networks of hubs that valorise local resources and support alternative models of living, producing and consuming. R-Urban provides tools, training and resources to facilitate citizen collaborations. More than an environmental and social innovation project, it is a political project. Indeed it proposes an innovative model of civic resilience involving citizens, organisations and municipalities and scaling it from neighbourhood to further levels.

Currently, R-Urban has developed six hubs, working with five municipalities and more than 60 public and civic organisations, directly involving more than 10,000 people. New productive initiatives have emerged within the network, creating green jobs, such as the École du Composte that has trained 150 master composters. R-Urban has received numerous awards and has been laureate of the “100 global projects for the Climate“ supported by COP21, the 2015 Paris Climate Change Conference.

City Councillor of the city of Colombes