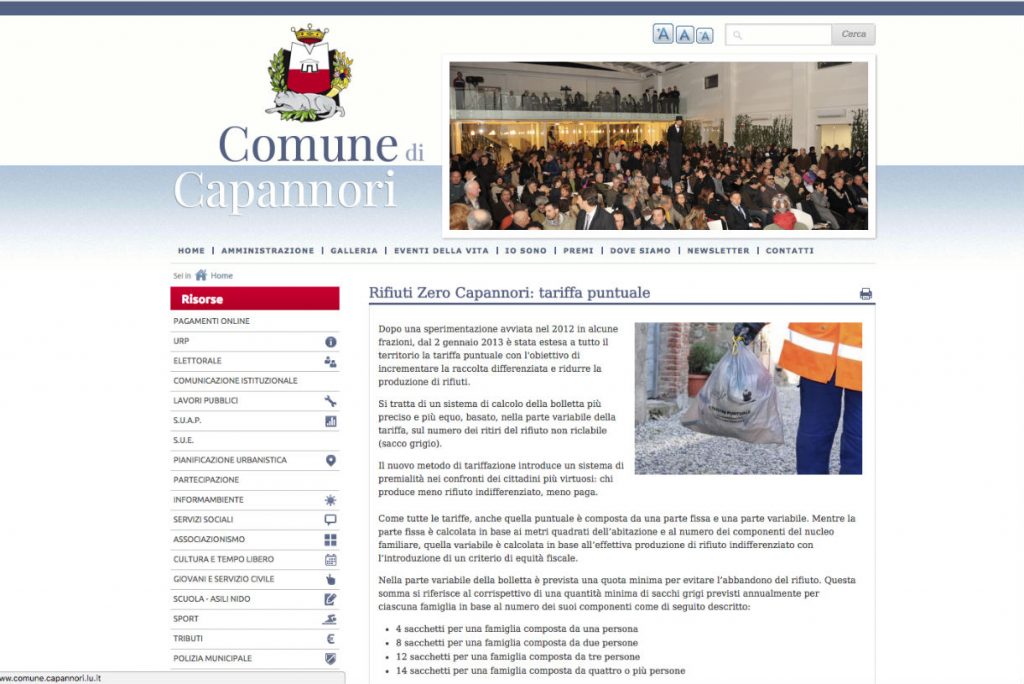 Tariffa Puntuale is part of the project Verso Rifiuti Zero – Towards Zero Waste, aimed at establishing a system of rewards and penalties for households and businesses in order to minimise the production of non-recyclable waste. As the first town in Italy to adopt a “Towards Zero Waste” strategy, Capannori launched a project to align waste tariffs with the systems used for energy and water, linking the cost to the amount of non-recyclable waste.

This method encourages households and businesses to maximise waste separation, thereby increasing recycling which turns waste into value and gives it a second life. The initiative, conducted from 2007 to 2013, was based on a technical design which combined social and technological innovation and encouraged citizens’ involvement. It started with a pilot project on a small part of the territory to test different technologies and concluded with full implementation in 2013.

Councillor for Environment at Capannori