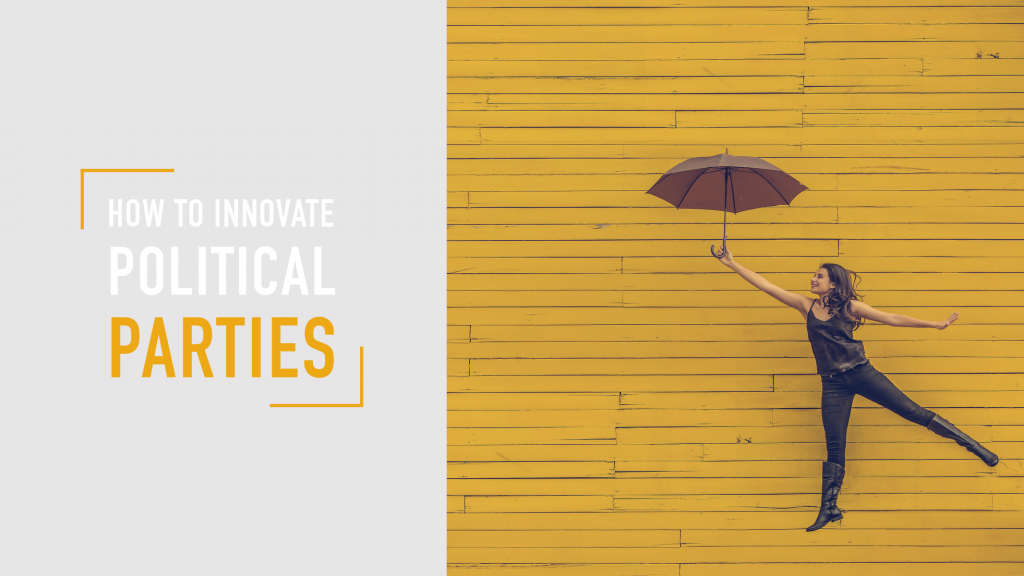 To bring about change in a political party, new ideas must be generated, assessed, evolved, implemented, and scaled. But what are the sources of these ideas? Where does the new emerge in political parties? What spaces can you utilize, and which domains should you consider, when you want to innovate your party?

Based on research for our new project POLIS, and for Josef’s upcoming book “Political Intrapreneurship – How to innovate Political Parties from within”, we have created a spherical model of party innovation. In developing this model, we follow an open innovation approach: innovative ideas do not only stem from people inside an organisation, but also from external sources. The more ideas a political party is able to generate inside and source outside the organisation, the higher the chances of finding the few ideas that really have the power to increase the party’s performance. The more sources you utilise, the better, not all of them are equally obvious.

A spherical model of party innovation

Below you can find the prototype of our spherical model of party innovation – we would love to hear your thoughts on it!

In our model, we see seven sources of party innovation:

In conclusion, there are many potential sources you can mobilise to innovate your political party. They all can contribute in their unique way to the innovation table. What would you say are the most important or overlooked sources? Looking forward to hearing your thoughts!