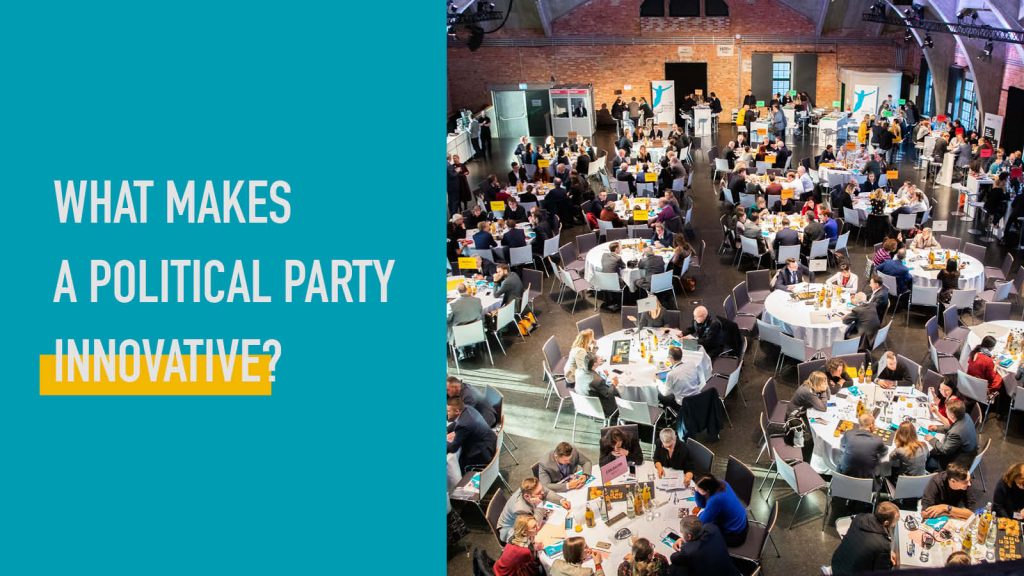 This is the first blog of a new series on the innovation of political parties.

Ideas make a political party innovative. How exactly this happens has been a blackbox to date, of which only parts are understood. Political science has shone light on some aspects, like policy innovation, but disregarded others. In this blog series, we try to develop an integrated framework for the innovation of political parties.

Innovation research shows that organisations are more successful when they are able to both exploit existing ideas and explore new ideas. Especially in rapidly changing times, organisations need to be adaptive to change and open for new ideas.

This has long been studied in the corporate field, most prominently in the context of entrepreneurship, where start-ups aim to disrupt markets and gain market shares from incumbents, through the innovative pursuit of opportunity beyond resources currently controlled. Over the last decades, this has been complemented by the study of intrapreneurship, which focuses on how big companies utilise innovation approaches to stay competitive.

Given finite resources and uncertain outcomes, the question underlying the explore-exploit dilemma is: what premium is there on investing time, money and people into exploring new ideas? This is where we arrive at the nature of markets, which shape those calculations.

In the political context, markets are highly constrained, and imperfect. The combination of high barriers to entry, incumbents that are able to actively affect the rules of the game, and a high amount of loyalty by voters have traditionally been in favour of political duopolies (as in the US or UK) or oligopolies (as in many European countries). Therefore, most parties have been focusing on exploitation rather than exploration. There was no need to develop strong innovation capabilities.

With voter loyalty in decline, and technological progress rapidly lowering barriers to entry as well as lowering the cost of Research & Development, the question of how political parties can become more innovative to improve their performance becomes vital – not only for themselves, but for liberal democracy as a whole. Political parties that want to be successful in the long term need to develop new capabilities, and become good at both exploiting and exploring. They need to become proficient at working with both of their hands, instead of only one, and become ambidextrous organisations.

In the upcoming blogs, we are going to explore how parties can be strategic about improving their innovativeness, what areas of innovation should be considered, where do new ideas come from, and how to measure the innovativeness of a particular party.

How can political parties be strategic about innovation?