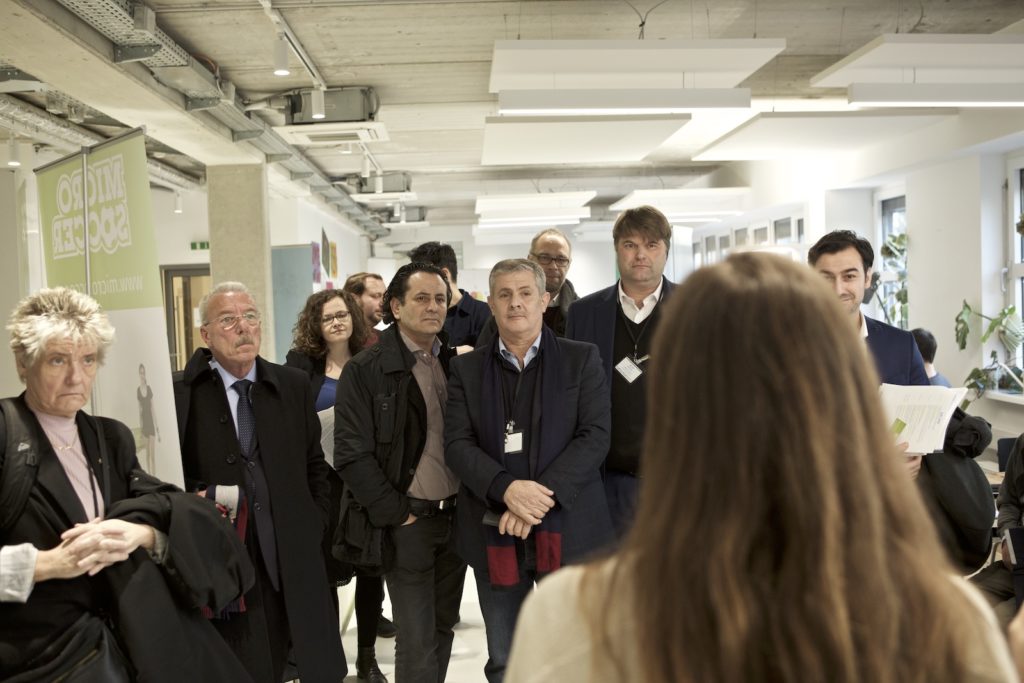 In connection with the 5th International Mayors’ Conference in Vienna (29 – 30 January 2018) the Vienna City Councillor Jürgen Czernohorszky and Act.Now organised a field exposure for the NOW Working Group of Mayors and their accompanying experts to initiatives and projects run or being partly funded by the City of Vienna. The scope of the field trip was to present a variety of institutions focussing on social and/or educational work with children and youth as well as on projects dealing with the issues of social cohesion on a city level. The participants were able to choose between tour 1 (2nd and 20th district of Vienna) and tour 2 (12th, 15th and 16th district).

The group of the first tour visited the NGO Piramidops which supports women with a migrant background in Austria by offering information and counselling. The group furthermore visited institutions like Magdas Hotel, the Production School of Spacelab and the co-working space Social City Vienna focussing on the integration of young people – partly with a migrant or refuge background – into the job market as well as on working on sustainable and innovative business concepts addressing social and environmental issues. The last station of the first tour was the centre for mobile youth work of the organisation BackBone.20 applying street work with young people being in a difficult situation.

The second tour began with a visit of one of Vienna’s largest public housing complexes in the 12th district of Vienna. The community centre “Bassena” in this public housing complex is run by the company Wohnpartner offering counselling for housing issues and providing an open space for encounter and common projects. A very similar approach is made by the project “Herbststrasse 15” coordinated by the municipal district development/ urban renewal GB*. Residents from the neighbourhood have the possibility to offer or participate in events and activities in order to foster social cohesion in the neighbourhood. The Youth education Centre in the 16th district JUBIZ dedicates its work to young people who dropped out from school or who are willing to enter into the Austrian educational system through the education centre. The EU-funded CORE Centre was the last station of the tour. It develops and provides integration offers addressing the needs of asylum seekers and refugees in Vienna.

The field exposure aimed at presenting a variety of low- as well high-threshold projects and initiatives being good practice examples for communities and cities. The participants were able to learn about measures tackling the issues of social cohesion within the neighbourhood, integration of refugees as well as of people with a migrant background, unemployment and lack of perspectives among young people, educational and vocational training for young people. The mayors visited several districts of the city displaying a high level of cultural diversity and a great variety of income and social status. Several visited initiatives have inspired mayors to facilitate similar projects in their respective municipalities. 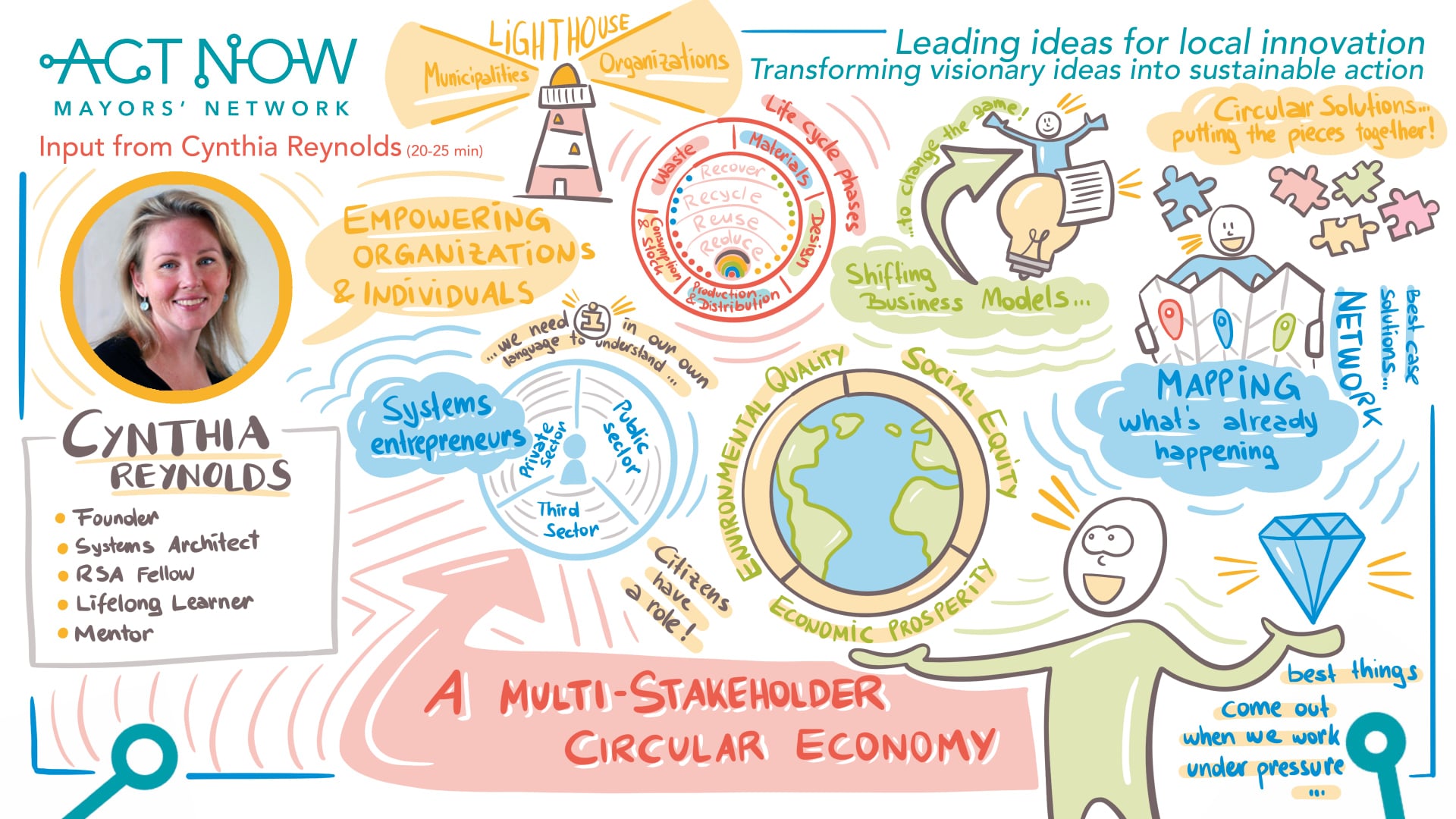 Circling back to the benefits of a Circular Economy

We spoke with Cynthia Reynolds about the avenues through which Circular Regions support digital infrastructure and approaches to help both urban and rural communities make the shift from a linear to a circular economy. 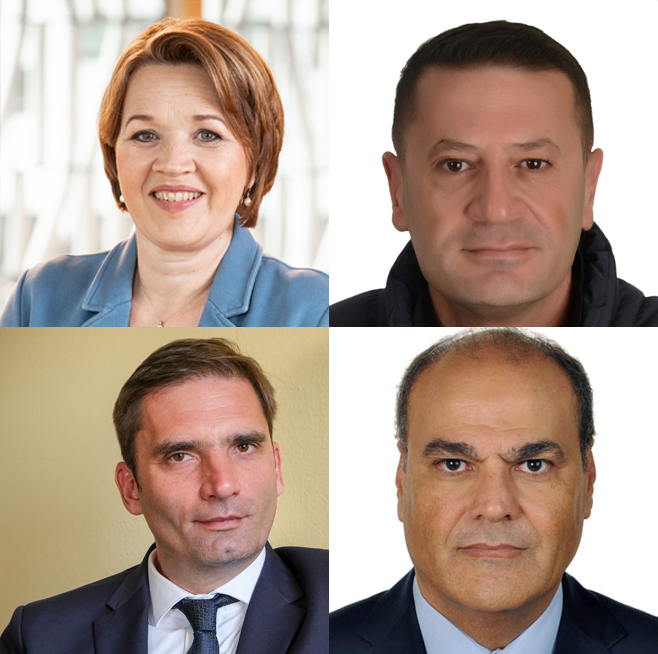 In this blog series, we asked members of our ACT NOW Mayors Network to share their biggest challenges and successes throughout the pandemic.