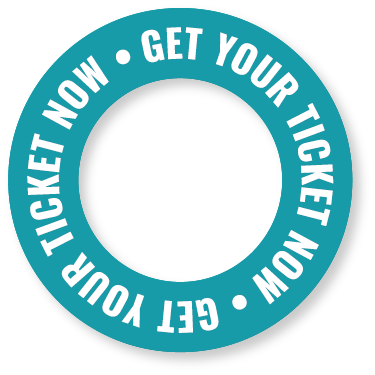 240 participants, one third of which were young people from Europe and the MENAT region, took part in the 6th International Mayors’ Conference NOW “Promoting Social Cohesion – Youth Participation in our Communities” from 27 – 29 January 2019 organised by Act.Now in cooperation with the City of Vienna. Bringing together Mayors and representatives of 24 municipalities from Greece, Italy, Portugal, Austria, Jordan, Slovenia, Turkey, Kosovo, Germany and Lebanon as well as policy-makers, educators, experts, representatives of GOs and NGOs, with a large international group of young people, the annual NOW Conference has once again proven to be a unique platform for exchange. It featured a variety of interactive sessions on topics such as improving education, promoting environmental protection, societal bridge-building and empowering vulnerable groups and young people. Participants actively contributed to identifying and addressing the needs of young people intending to change and develop their communities. Municipal decision-makers looked for input to promote social cohesion through youth participation.

Ms Doris Schmidauer, Austria’s First Lady, conveyed the President’s keynote emphasising the importance of promoting cohesion on the communal level as “We live in villages, towns and large cities. We differ in age, gender, political views, social status, in how we choose to live our professional and private lives and in our religious beliefs. What we all share is space, and we must shape this common space to create a future worth living in for all.”

Young people are largely underrepresented in political decision-making processes and approaches have to be found to effectively increase youth participation and open politics to input from young people. As City Councillor of Vienna Jürgen Czernohorszky explained: “Politics should always strive to reach all people and understand their concerns. This is particularly true for children and adolescents.” Youth participation generates innovative approaches and solutions. Municipal representatives frequently affirmed the need for and their will to integrate young people’s perspectives in shaping their communities. Conditions for youth participation however vary greatly between municipalities, regions and countries.

Often there is little space for youth participation, voices of young people are not treated with seriousness and validity and initiatives tend to fade out or get blocked. This causes feelings of resignation and hinders active participation efforts from both decision-makers and young people. For decision-makers it is difficult to reach young people, particularly beyond the group of already active and privileged youth. Municipal representatives stated that they often rely on bottom-up initiatives, while young conference participants called for formal and structured participatory processes created from the top. Active participation requires skills and competences that are rarely promoted in schools. The lack of connection between what is learned during lessons and everyday democratic processes has been stated as one of the factors hampering active participation.

Youth participation is possible, powerful and important, this has been the broad consensus at the 6th NOW Conference. To hear young people’s voices and empower them to shape their communities’, decision-makers need to have the political will to include and integrate youth. The political motivation has to be accompanied by long-term commitment from all actors involved because successful collaboration can only be based on mutual trust and confidence. Furthermore, decision-making procedures have to be designed to be open and welcoming towards external input. It is vital that participation is transparent and feedback loops are included, so that citizens can track what happened to their proposals and to ensure accountability. New technologies allow for a variety of participation methods and good practices such as online tools encouraging digital participation and inclusive youth councils.

“There are two ways of participating: Either you are given the opportunity,or you claim your opportunity.”

Young people have to be encouraged in having a say in their societies and empowered to raise their voices. Educational settings, school curricula and the relationships between students and teachers are essential to this endeavour. It is crucial to develop new approaches for school education, with a focus on fostering young people’s individuality and strengths, creativity and competences. The importance of civic education and the need for improving digital and political literacy was emphasised in the discussion. Schools have to become the place where youth is able to get inspired and motivated to become confident, empowered and able to participate.

Living proof that determined individual initiatives can make a real difference, was 17-year-old Fahima Elmi, Dutch Ambassador to the Forgotten Child Foundation and first nominee from the Netherlands for the International Children’s Peace Prize. She witnessed first-hand how children in women’s shelters are perceived as „appendixes“ of their mothers and decided to become active to change this. Due to her actions, the Dutch Parliament ruled that children in shelters are now treated as independent clients. Appealing to everyone’s’ potential and responsibility to shape the societies they live in, she stated: “We can all be change-makers!”