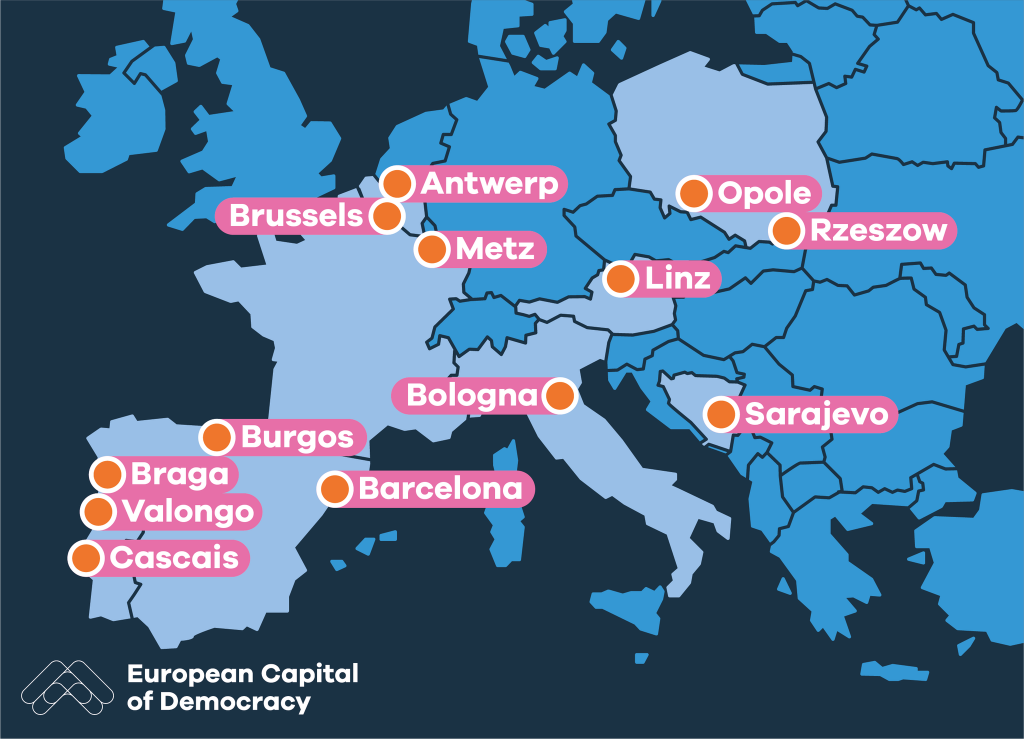 Vienna, October 6: Democracy is our best bet to restore peace, protect our civil rights and fight climate change. One of 13 cities from eight countries has the chance to become the very first European Capital of Democracy. Each participating city joining the European Capital of Democracy Initiative becomes a champion of democratic innovation, fostering cohesion, collaborative opportunities and citizen participation.

“Cities are best placed to safeguard and strengthen democracy and human rights as they are closest to the needs of their citizens. Faced with historic transformations and pressing challenges caused by war and poly-crisis, their power of innovation, their ability to act and strong connection to their citizens make their role more important than ever”, stated ECoD founder and Advisory Board member Helfried Carl.

The European Capital of Democracy will be chosen by 10,000 citizens from all Council of Europe member states. Applications are still currently open for citizens to have their say and join the Citizens’ Jury.

First, based on transparent criteria, an Experts’ Jury of five pre-eminent professionals in th field of democracy will now review all of the cities’ applications and draw up a shortlist of outstanding contenders. Up to five nominee cities will be forwarded to the Citizens’ Jury, which has the final say. The first city to carry the title of European Capital of Democracy will be designated in January 2023.

In close cooperation with civil society and citizens, the designated European Capital of Democracy will host a wide range of activities and events attracting visitors from all over Europe to join and participate in collaborative efforts to strengthen democracy. The winning city will enjoy an international reputation as a centre of education and innovation, and boost civic pride.

Antonella Valmorbida, Chairperson of the Experts’ Jury and Secretary General of ALDA, said:

“Europe should offer more than the current bureaucratic approach to democracy. The ECoD programme encourages good governance in Europe, civil society empowerment, and local democracy. We thank cities for their commitment and applications to the call, and we are honoured to shortlist and announce the Nominee Cities.”

To register as a Citizen Juror and select the European Capital of Democracy, applications are still open.https://capitalofdemocracy.eu/join-the-citizens-jury/