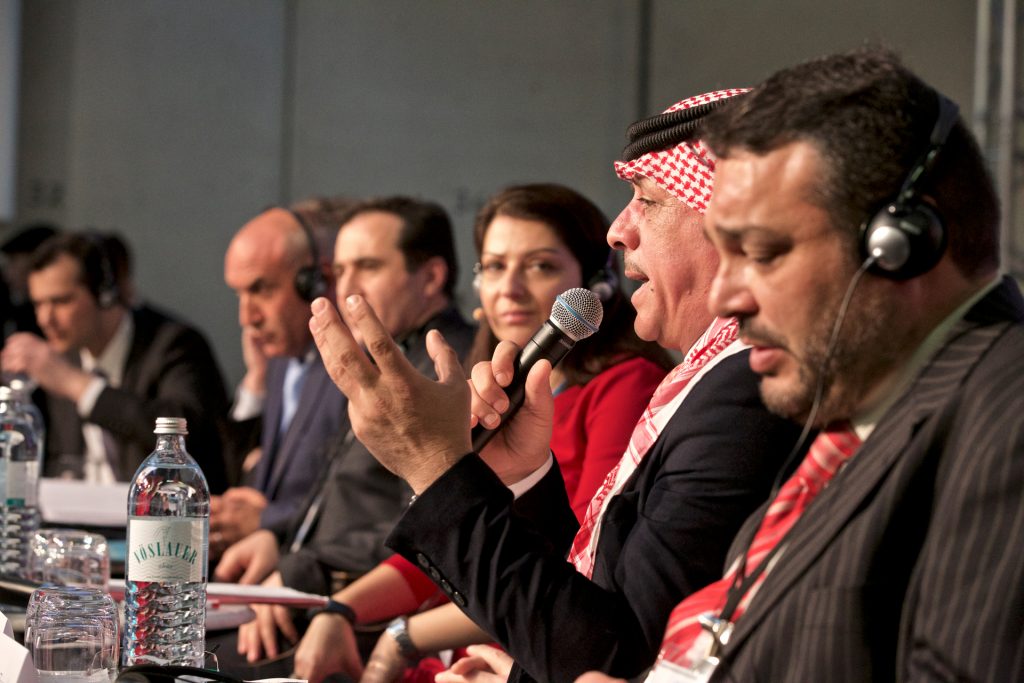 Vienna, 30 January 2018 – Round-table discussions, workshops, reports on personal experiences and panel discussions with mayors from Europe and the MENAT region provided the framework for the two-day conference, which took place on 29 and 30 January 2018, with the Austrian capital once again the host. The core topic of the fifth NOW conference was “Shaping the Future – Social Cohesion in our Cities”. At the event, working groups presented a number of approaches which were based on discussions at previous conferences. In addition, conference initiator and organiser Act.Now gave participants the opportunity to attend workshops on cross-cultural communication.

Speaking about the relevance of the topic and the goal of the conference, Act.Now co-founder André Heller said: “The rift in our society, which has become markedly deeper, has consequences for each and every one of us. Politics provides the framework but social cohesion must be lived where we live, work and go to school. This makes it all the more important to learn from each other and highlight positive counterstrategies. The conference provides a platform for those who have invested significant energy and creativity in successful measures that have contributed to improved social cohesion.”

The first day of the conference focused on the development of new political visions and measures, which are crucial for strengthening social cohesion. Local, regional and international programmes, networks and initiatives were presented.

Professor Yuri Kazepov of the University of Vienna’s Department of Sociology posed the question of whether cities, which are assuming an increasingly important role in society, are really suited to social innovation. Although he agreed in principle that they were, Professor Kazepov warned of the risk of overwhelming cities. In spite of the understandable desire for subsidiarity, it is not the case that all social needs can be met more effectively at local level. Cities cannot solve global structural problems on their own; differing circumstances always need to be taken into account. Based on this point, it follows that effective solutions implemented by one country need to be adapted to the specific context of any other country that adopts the same approaches. And even this is not a guarantee of success: “Unfortunately, a simple copy and paste does not work in this situation,” Kazepov explained. Civil society and NGO play an important part, but they are usually dependent on financial support, and if funding dries up, innovations disappear with it. Kazepov believes that cross-border action, coupled with a clear and fair allocation of responsibilities and resources, offers the best prospects for social innovation.

The needs of children and young people were the topic of day two. Examples of good practice these are geared towards the comprehensive protection and implementation of human rights, including those of children, and have recognised the role of children as social stakeholders.

One of the biggest projects was launched by UNICEF in 1996: the Child Friendly Cities Initiative (CFCI). These guidelines for child friendly cities have already been implemented in more than 3,000 towns, cities and local councils in 38 countries worldwide reaching around 30 million children. Opportunities for children and youngsters to have their say and play a part in initiatives are pivotal. According to UNICEF project manager Louise Thivant: “Child friendly cities  are communities where the needs, priorities and rights of children are firmly rooted in, and an integral part of local politics, programmes and public administration. Towns and cities taking part in the child-friendly cities procedure undertake to implement new measures that have proven their worth in other parts of the world.”

One of the widely acclaimed projects presented at the conference was the merger of schools in the town of Nyköping in Sweden. Children living in the various districts attended a range of schools of differing quality. This amplified ethnic and social differences instead of narrowing them. To solve the problem, Nyköping council adopted a radical approach: it dissolved four schools and merged them into one. Veronika Andersson, former chair of Nyköping council’s committee on children and young people, commented: “This model requires social skills, pupil development – and integration. The initiative significantly improved the performance of the 1,400 pupils involved.”

Act.Now – building bridges between Europe and the MENAT region

Since the third NOW conference a year ago, four NOW working groups focusing on specific topics have met regularly in Vienna and Beirut in order to develop problem-solving approaches. This collaboration between academics and practitioners from Europe and the MENAT region has given rise to projects that were presented at this year’s NOW conference. These include a comic designed to help children from various cultural circles who have been affected by trauma; the comic about sleep disorders is available in five languages. A series of videos has also been produced which highlights successful educational concepts from Sweden, Norway, Lebanon, Austria and other countries, making them accessible to other nations. Act.Now holds a series of workshops on international communication, with the aim of achieving improved understanding of different cultures in Europe and the MENAT region. Promoting better insights into other cultures on a professional level is another goal.

Promoting collaboration, thinking across international borders, developing solutions and working with the utmost commitment – in order to safeguard social cohesion. We help to build national and international networks for new civil-society initiatives, NGOs, institutions, public organisations and experts. The first International Mayors’ Conference NOW on refugee and migration policy took place in Vienna in 2016. Three further conferences have been held since then, in Athens, Vienna and Kampala.