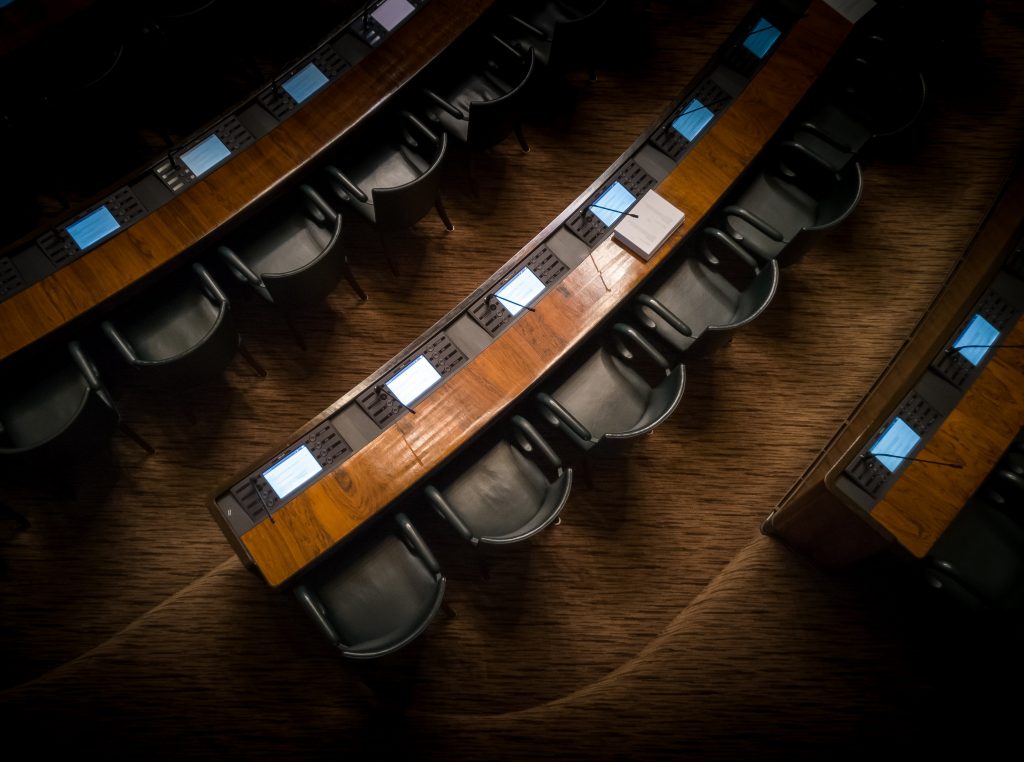 As the impact of COVID-19 peaks in different waves across the world, one thing is clear: Political leadership is a determining factor in how societies are impacted and how they will eventually recover.

The co-authors of this piece can easily say we love politics and politicians. It’s not a popular or even cool thing to say (yet) in most parts of the world. We get it. The narrative often bantered around is that ‘all politicians suck.’ And while, yes, some do, our approach is to highlight the good ones who work hard to make politics and society a better place for all.

To help give you hope and to help politicians in these times, we have crowdsourced tips and some concrete examples of politicians getting (at least part of) the response right so far — through principles, approaches, and ideas. By listing them, we are not saying they are perfect but that they have displayed leadership. You’ll see that many of these tips are grounded in truth, decisiveness, empathy, humility, and love.

The crisis puts politicians under a lot of pressure. Many will be making life or death decisions regularly. An essential aspect of leadership are executive function skills: memory, impulse control, emotional regulation, organization, planning, prioritization skills, problem-solving, time awareness, and overall mental flexibility. For these to properly work, politicians must maintain mental and physical hygiene. For example, research shows that the lack of sleep (something that is easy to do in crisis) can lead to people making risky decisions. Politicians must sleep, eat well, exercise, and get support from professionals and celebrate little wins — despite the inevitable barbs from opponents and the press.

If you are telling people to ‘social distance,’ actually social distance. If telling people to wear a mask, then wear a mask. People take subconscious and conscious cues from their leaders. Zuzana Čaputová, president of Slovakia, led by example in a mask colour-coordinated look while attending a swearing-in ceremony of the new four-party coalition government in Bratislava. Governor Jared Polis of Colorado wore a mask with the state’s emblem at a press conference. Note: Color coordination and branding not required.

Obvious, yes, but worth pointing out. The research shows that those leaders who acted and communicated early flattened the curve faster and very likely bought legitimacy for subsequent decisions. Great leaders use data and experts to make decisions and know the limits of their expertise and knowledge.

American professors Jacqueline and Milton Mayfield have done significant research into effective leadership communication. The Mayfields’ research-based model highlights “direction-giving,” “meaning-making,” and “empathy” as the three key things leaders must address to motivate followers to give their best.

New York State’s Governor Andrew Cuomo has been giving a masterclass in excellent communication — and with his Powerpoints. Alongside him is German Chancellor Angela Merkel, whose training as a physicist has helped her communicate scientific complexity. Her April 16th press conference is a must-watch.

5. Admit when you are wrong.

French President Emmanuel Macron admitted that the French government ‘wasn’t prepared enough’ as he extended lockdown. During his announcement, he also reminded people that the measures would be enforced as strictly as possible for another month but insisted that ‘joyous days were ahead.’ His admission of failure very likely bought him credibility.

Pretty much everything the New Zealand Prime Minister Jacinda Arden has done is worth noting. She’s done nightly live check-ins with the public. She declared the Easter Bunny an essential worker while explaining to kids why the Bunny might not make it this year. And she and her ministers are taking a 20% pay cut for the next six months in recognition of economic hardships posed by the pandemic. South Africa’s president Cyril Ramaphosa and ministers announced a 33% pay cut for the three months in a show of solidarity and shared sacrifice.

7. Don’t recreate the wheel and support your public servants.

There is a lot politicians can learn from the policies and programs already implemented in other countries to deal with the primary and secondary effects of the COVID-19 crisis. The Innovation in Politics Institute’s Coping with the Crisis platform features more than 250 good practices from around the world. Apolitical is compiling resources from public servants and external experts as well as running free learning exchanges for public servants based on this survey of what they need most. And, of course, showing and giving sincere respect and thanks to your frontline workers is must do.

In times of high insecurity and volatility, transparency and responsiveness are key, and so is connecting with citizens emotionally. Responsive, empathic institutional social media channels are more important than ever, as are digital events formatted for lockdown. On the local level, Hamilton, Canada’s virtual town halls allowed citizens to ask questions directly of leadership. On the national level, live-streamed daily or weekly briefings that go beyond the figures also allow citizens to feel more engaged.

And remember to connect with children and other members of society, not watching mainstream news. Norway’s prime minister, Erna Solberg, held a press conference for children exclusively to allay their coronavirus fears, saying, “It’s OK to be scared.”

9. Ask citizens to help and give them something to do.

Politicians don’t have to do it all by themselves. Citizens are ready and able to help. Germany crowdsourced solutions, with a world record-breaking hackathon of more than 40,000 participants — in less than a week. When the U.K. government appealed recently for 250,000 volunteers to help the National Health Service, more than 750,000 signed up.

Governor Gina Raimondo of Rhode Island has been giving updates and is asking people in Rhode Island to keep a journal of who they have contact with in case they get sick — so the state can track possible sources and people to notify. The journal taking may have mental health benefits as well.

10. Get empowered by peers and collaborate.

It takes one to know one, and another’s challenges. Every level of politician — from mayors to state secretaries are facing similar challenges. Now is the time to reach out and empower each other in impromptu online-meetings. In Europe, the Innovation in Politics Institute runs regular webinars with the NOW Mayors Network. In the U.S., Governors on the East and West coasts have formed pacts to decide when to reopen economies. Washington Governor Jay Insell went so far as to send 400 ventilators to New York.

Have more examples? There are many more examples, lessons to learn, and tips for politicians from many other parts of the world (we are especially interested in hearing more from Africa, Asia, and Latin America). We’ll be collecting them in this open-source Google Doc — feel free to add as you come across them. Most of these tips will be relevant to any crisis.

Lastly, for the non-politician — for democracy

The last (bonus) tip we want to leave for the non-politician — who is likely you, reading this piece. Stay optimistic about politics and regularly highlight to your family, peers, and colleagues what is working and who is exhibiting excellent leadership and why. The mainstream media and trolls will be spotlighting what didn’t work. But if we only see the dark side, then our trust in democracy will erode even further — and we all know the dangers in that.

Lisa Witter is the co-founder of Apolitical, a global peer-to-peer learning platform for government used by public servants in more than 170 countries. She has co-founded numerous political training institutes over the last 20 years and most recently co-founded the Apolitical Academy — helping to nurture the next generation of transformative public leaders. @lisamwitter

Josef Lentsch is Managing Partner at the Innovation in Politics Institute, a political enterprise dedicated to identifying and developing tomorrow’s politics today. He is the author of “Political Entrepreneurship,” and has over 20 years of experience in public and political innovation. @joseflentsch

It is widely agreed that digitalisation efforts should be on top of decision-makers’ agendas. To act as trusted political leaders in a democracy in the digital age, politicians and political staff at all levels need to be open to technology and to adapt to  new developments. 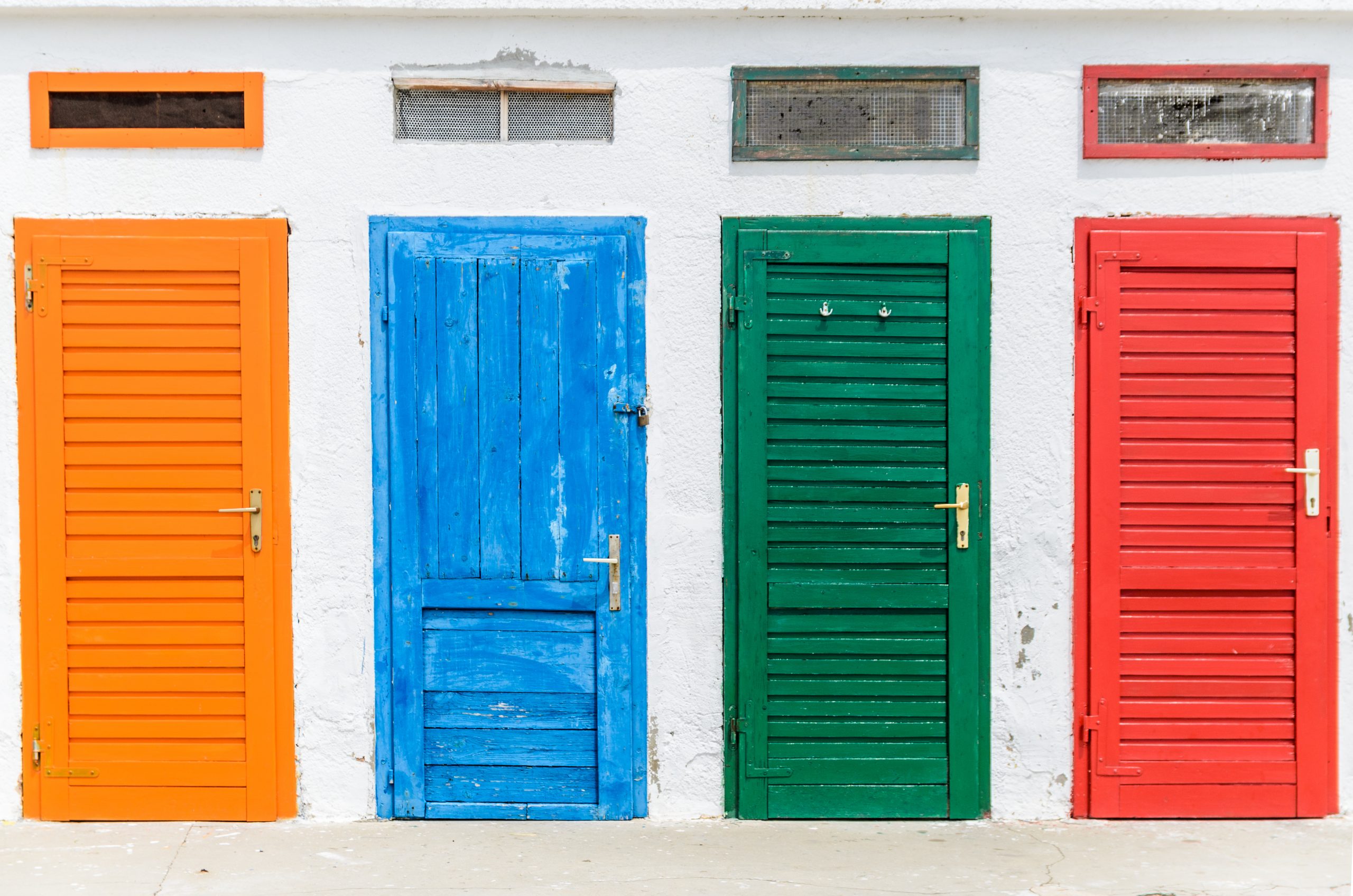 4 insights we have gained on the upcoming challenges of governments

What are the most pressing challenges of governments in the second half of 2020?