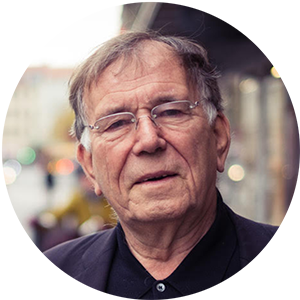 Around 1960 the paradigms for city planning were radically changed. Modernism became dominant and the invasion of motorcars took off. In this process the care for the people using cities – looked after for centuries by tradition and experience – was completely left behind. Cities for People became an overlooked and forgotten dimension. This is the story told by Jan Gehl, in his book “Städte für Menchen” which goes on to describe why looking after people is crucial for the quality of life in old as well as new cities in the 21st century. City transformations and mobility strategies from Denmark, USA, Australia, South America and Russia will serve as examples of this new people oriented direction in city planning.

Jan Gehl is an Architect, Founding Partner of Gehl Architects, and Professor emeritus at The Royal Danish Academy of Fine Arts, School of Architecture. Over the course of his career, he has published several books, including, “Life Between Buildings”, “Cities for People”, “New City Spaces”, “Public Spaces – Public Life”, “New City Life” and most recently “How to Study Public Life”. As part of Gehl Architects, Jan Gehl has worked on extensive city improvement projects for the Copenhagen, London, Melbourne, Sydney, New York and Moscow, among others. He is an honorary fellow of DAA, RIBA, AIA, RAIC, RIAS and PIA . He has been awarded the ”Sir Patrick Abercrombie Prize for exemplary contributions to Town Planning” by The International Union of Architects, The Key for the City of Sydney as well as honorary doctor degrees from the Universities in Edinburgh, Halifax, Varna and Toronto.

How to Drive Change and how not to

Inclusion as a driver of innovation