MUNICIPAL FLATS FOR SENIOR CITIZENS IN THE CENTRE OF OSTRÓW WIELKOPOLSKI 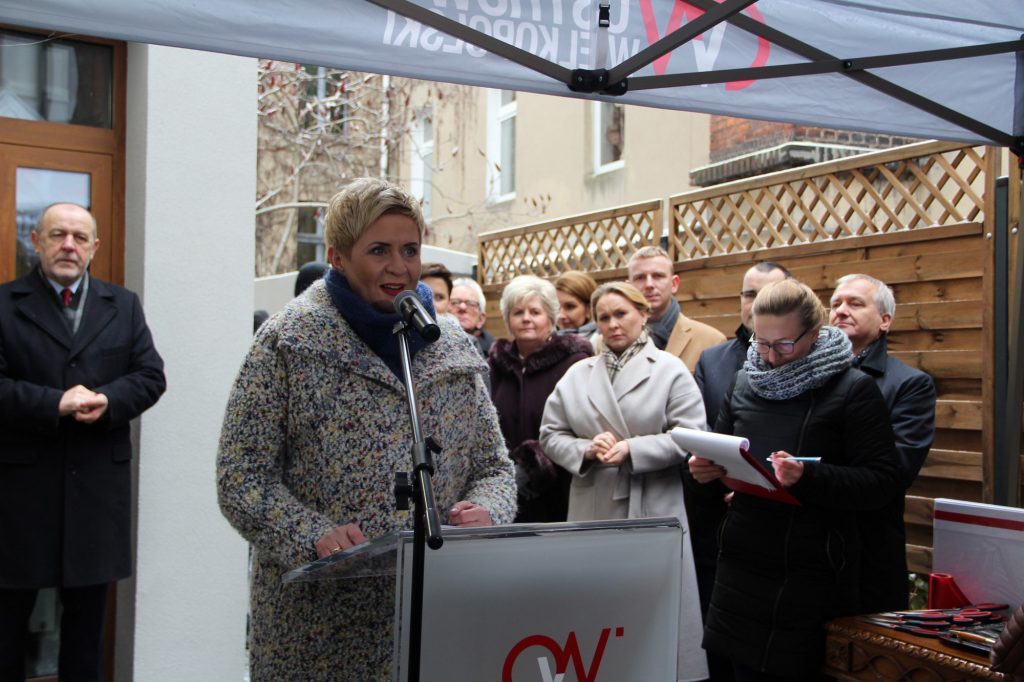 The authorities of Ostrów Wielkopolski, in response to the ever-growing number of seniors and the lack of a municipal flats suitable for people over sixty, decided to create municipal flats designed for senior citizens. The apartments were created in response to the problems that seniors face in everyday life. The city authorities noticed that seniors are often ‘prisoners of the fourth floor’; living in buildings without a lift and being unable to climb the stairs every day.

The flats were built in a tenement house in the city centre: close to bus stops, a market, shops, a cultural centre, a pharmacy and a church. There are 14 one- and two-room flats, with an average size of 35m², each with their own kitchen and bathroom and a lift installed in the building. The city had to completely renovate the building inside and out, which was completed in 2019. The apartments were allocated to seniors according to the City Council Resolution and are highly appreciated by the inhabitants. The accommodation improves the quality of life of the residents in their autumn years.