We present: The ten finalists chosen by the jury in the category “democracy”

With its six core values – courage, generosity, transparency, humility, humour and empathy – Alternativet (The Alternative) is a movement and a political party established to revive democracy and foster a new political culture. Starting from a non-ideological viewpoint and rejecting the solutions of the past, Alternativet is based on a very simple idea: there is always an alternative. Despite initial ridicule from the elite and mainstream media, Alternativet has been hugely successful in engaging the general public in debate and creating new policies and initiatives, and is now represented by ten MPs in the Danish parliament. It has also inspired like-minded organisations in other countries. With bold thinking, Alternativet has made it fun, easy and rewarding for everyone to participate in democracy. More than an ordinary political party, Alternativet is a community and a platform for a wide variety of sustainable initiatives – a model for what a political party could look like in the 21st century.

Participative democracy: discussing local issues over a coffee or on the go

Since 2015 the town of Hazebrouck has established several processes for participative democracy: Citizen Tables (round tables in public space with residents) help identify problems experienced in a street, a district, or the whole town and to bring forth solutions; urban walks with elected officials, technicians and residents help examine the issues, to improve the work during the Citizen Tables; Citizen Cafes are organised on market days (Sunday and Monday) where officials share a coffee or a fruit juice with citizens while talking about projects for the town or residents’ ideas to improve quality of life. These activities take place once a year, in the five districts of the town, with the results published on the town’s website. This way citizens participate in shaping the town’s evolution, and public spending can better respond to residents’ needs. Hazebrouck also takes part in national and international conferences on participative democracy, serving to exchange ideas and best practice.

For the first time in France and in Europe, a bill initiated by a national government was co-drafted by citizens, during an open, transparent and interactive three-week online consultation. 21,330 contributors commented on the text, suggested amendments and proposed new articles. 90 of the proposals made their way into the Digital Republic Bill before the legislation was even presented to Parliament. The bill was eventually adopted unanimously both by the National Assembly and the Senate. The participants claimed to be very satisfied with their experience, especially the youngest who discovered the making of a bill in real time. The text has now been implemented; it aims at widening the access to and dissemination of data and knowledge, ensuring equal rights for consumers, fair competition for companies, protecting online privacy, and promoting internet access as a universal right. An incubator for democratic innovations was launched as a private initiative following this experiment to support tech-based civic projects.

Smartphones and new media influence the everyday lives of young people in almost all respects. However, access to traditional political participation via these channels is still largely unavailable. The multimedia platform engage.ch connects with young users in their everyday life. They can use text, images and videos to communicate their concerns and demands, as well as post, discuss and vote online. Politicians and youth parliamentarians can view these concerns and address them. The platform was launched in 2014 and more than 1,000 requests have since been submitted by young people. In 2017 the campaign “Change Switzerland” was conducted in order to collect additional concerns. As a result, over 700 requests from young people were received over five weeks. The eleven youngest members of the national parliament were invited to select a request, meet the young authors of these requests, and decide together how they could be answered.

The Constitutional Convention of 2012 was “a major experiment in deliberative democracy in Ireland”. It recommended the referendum of 2015 in which Ireland became the first country in the world to approve same-sex marriage by popular vote. “This was the first time in Irish history that a referendum was called as a result of a process of deliberation involving ordinary citizens, … and one of the first times in the world that a deliberative process has resulted in a referendum and certainly the first to have succeeded” (Geary Institute). The Convention was composed of 66 randomly chosen citizens, 33 parliamentarians from across all parties, and an independent chairperson. The idea of a Constitutional Convention was first proposed by Deputy PM Eamon Gilmore to the Labour Party Conference in 2010; it was included in the Labour Manifesto for the 2011 General Election, which also committed to a referendum on same sex marriage; and it was established in 2012 by the government.

In October 2013 Liverpool launched a public budget simulator for consultation with its inhabitants, to feed into decision making on how Council finances should be structured. The simulator shows consequences and service descriptions, enabling participants to make informed spending allocations while gaining insight into the task. It also allows citizens to give feedback on their budgetary priorities. Another key goal was to make residents better understand the challenges the community is facing. Liverpool has long suffered from the effects of deindustrialisation. Although the city has regenerated, it is still much dependent on central government funding because the dominant type of housing and tax rates reduce its ability to raise its own money. Local Council Tax only generates 11% of Liverpool’s budget. In the course of austerity measures, the UK Government has reduced Liverpool’s funding by 64%, making significant service change unavoidable. The simulator has opened a dialogue with people on how they would like to prioritise spending.

Have your say: citizens vote for projects proposed by other citizens

Since 2014 Paris’ Participatory Budget has allowed citizens to vote for projects designed and submitted by other citizens. 100 million euros are allocated to this initiative each year. In 2016 more than 150,000 inhabitants took part, selecting 219 projects which are now being implemented by the City of Paris. A few months after she was elected, Paris Mayor Anne Hidalgo set out to make the city more collaborative, with residents providing ideas and making decisions for its future. Therefore, in 2014 over 40,000 people voted on 15 proposals put forward by the City Council. In the second year, 2015, after a new website dedicated to this had been launched, the residents of Paris proposed over 5,000 ideas, and more than 67,000 people voted on them. In 2016 the City decided to reserve part of the budget for the most deprived areas. Another part was reserved for youth and education projects, with schools encouraged to participate and children’s votes determining how that money is spent.

The Mayor Delivered to your House

“Come and talk to me”: receiving the mayor in your living room

Any questions, suggestions, wishes? You can have the mayor delivered free of charge to your home in the German city of Geestland. The only condition is that at least six adults are present at the event. Registration and requests can be made via postcards, an online form, or by phone at 04743 937-1510 to arrange a delivery date. The meeting is organised by the citizens as they wish, with the discussion topics chosen by the hosts. From construction projects to gardening, everything can be discussed with the mayor, who explains the community’s policies and takes home the citizens’ feedback and suggestions for improvement.

Kathrin Bertschy, Member of the National Council and vice president of the Green Liberal Party

The open political laboratory “glpLab” is a grassroots project, initiated in 2016 by political entrepreneurs with backgrounds in innovation, politics and science. Its goal is to modernise the political system of Switzerland together with the people and in collaboration with a political party using a crowdsourcing approach. The Swiss political system is based on voluntarism and local engagement. However, more and more people no longer engage in politics, due to increased mobility and incompatibility with their everyday life. Political interest shifts away from regional engagement towards a more theme-focused and temporary involvement. The “Politlabor – glpLab” addresses the current and future needs of political participation in Switzerland – and of political parties, given their important function in civic education. In so called “idea kitchens” and “expert meetings” it addresses specific topics and allows an open discussion among interested people and experts. Resulting proposals are brought into the political process as initiatives. 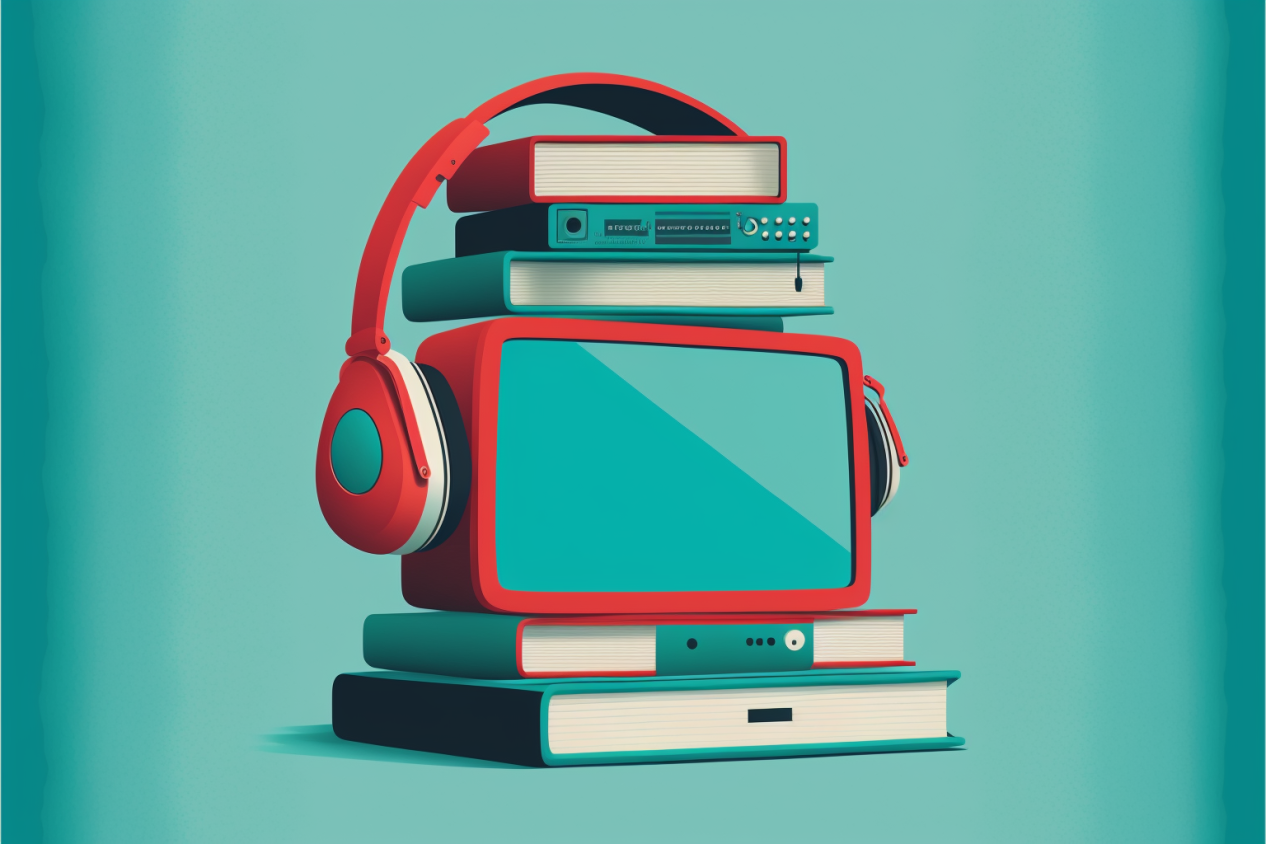 HYBRIT was nominated for the Innovation in Politics Award (2021) for combining progressive climate policy with an ambitious approach to employment, business and welfare policy.