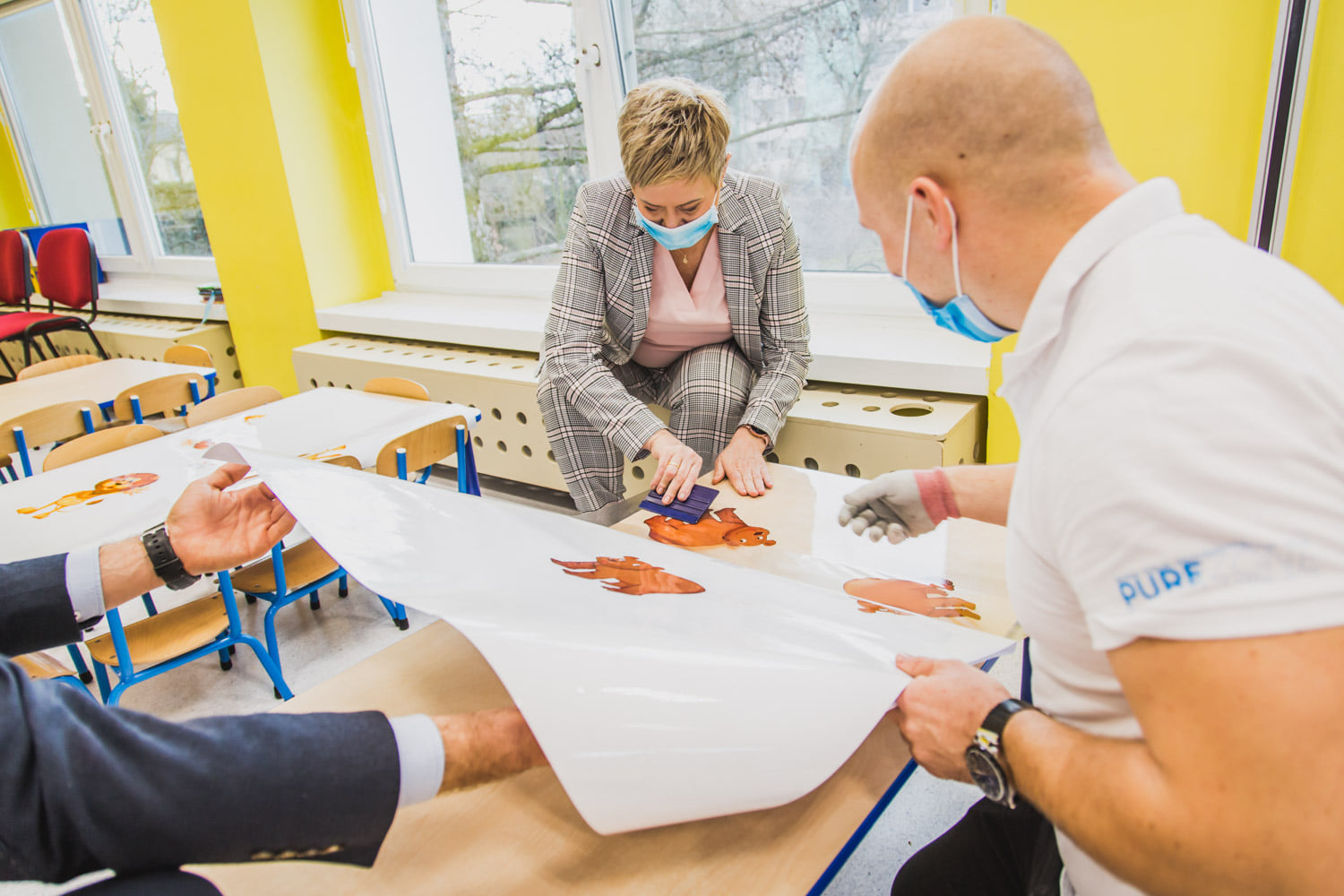 An innovative protective film that limits the transmission of microorganisms, including Coronavirus, is used in public spaces as part of the city's response to the pandemic.

A PROTECTIVE FILM AGAINST COVID-19

Due to globalisation, it is difficult to control population flow and viruses can spread rapidly in dense urban environments. The authorities of Ostrów introduced an initiative in the fight against Coronavirus to protect urban spaces with a PURE ZONE® protective film, which contains active silver ions and is ISO quality certified against COVID-19. This innovative project was first implemented in Ostrów and was carried out as part of a private/public cooperation between local government and business.

The film aims to limit the transmission of the virus in public spaces. Its producer guarantees full security for five years, limiting the transmission of 99.9% of microbes, including the Coronavirus. The film has been certified by the French laboratory UB’L3, and tests have shown that it is effective against the viral strains responsible for COVID-19. The film, at the time of its introduction, was the only one in the world that had proven to be effective against COVID-19. Ostrów is the first city that has decided to use this protective film in a wide range of public spaces.

Ostrów minimised the spread of microorganisms and Coronavirus by using this specially developed film. Educational, cultural and sports institutions were protected with film. Public utility facilities, such as parking meters and traffic light buttons on the streets, were also covered in the film. Frequently touched elements in public buildings, such as handles, table tops and handrails, were also wrapped. Facilities for the city’s oldest and youngest residents were prioritised and the film was first installed in these buildings. In combination with other actions, the project increased residents’ sense of security in the public space. 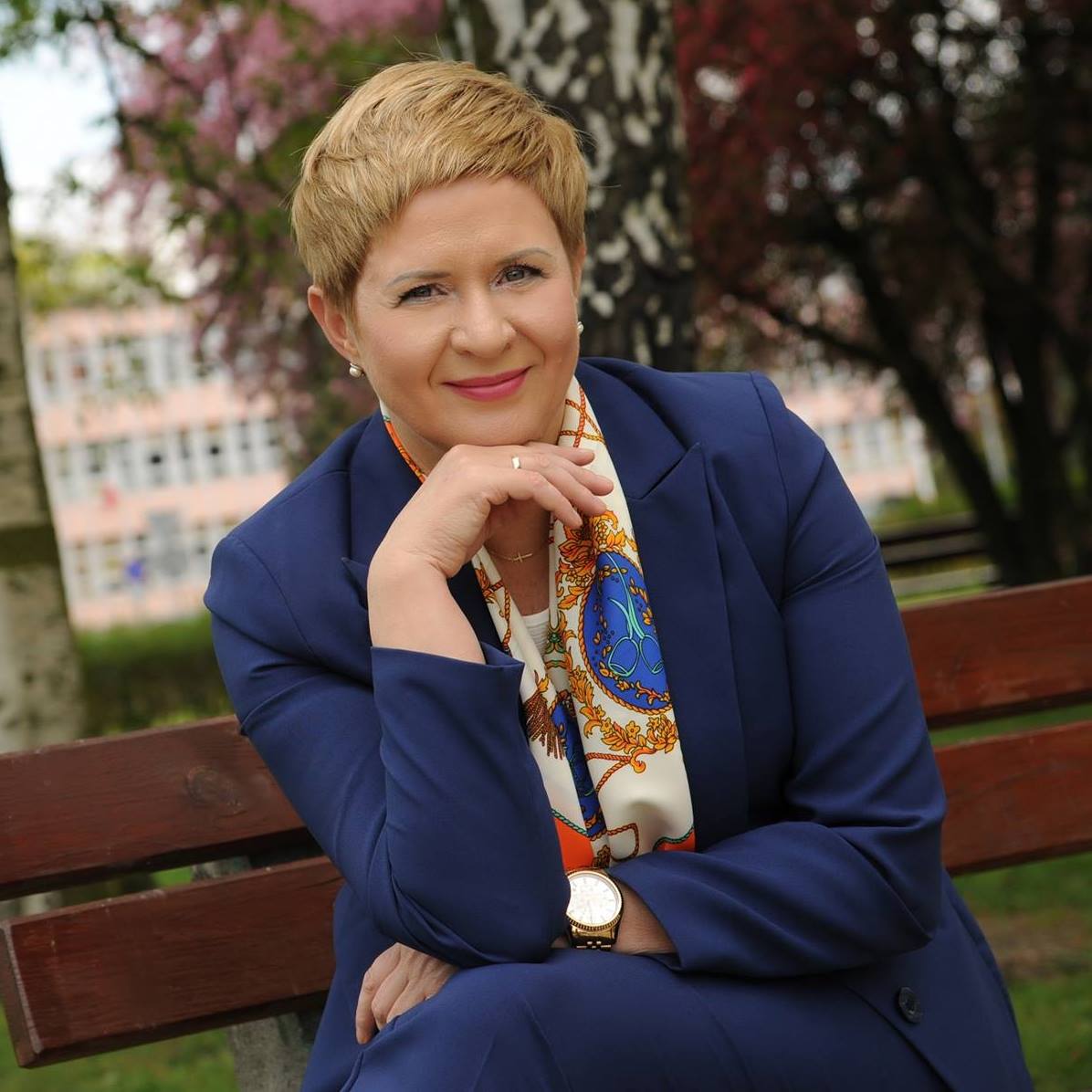 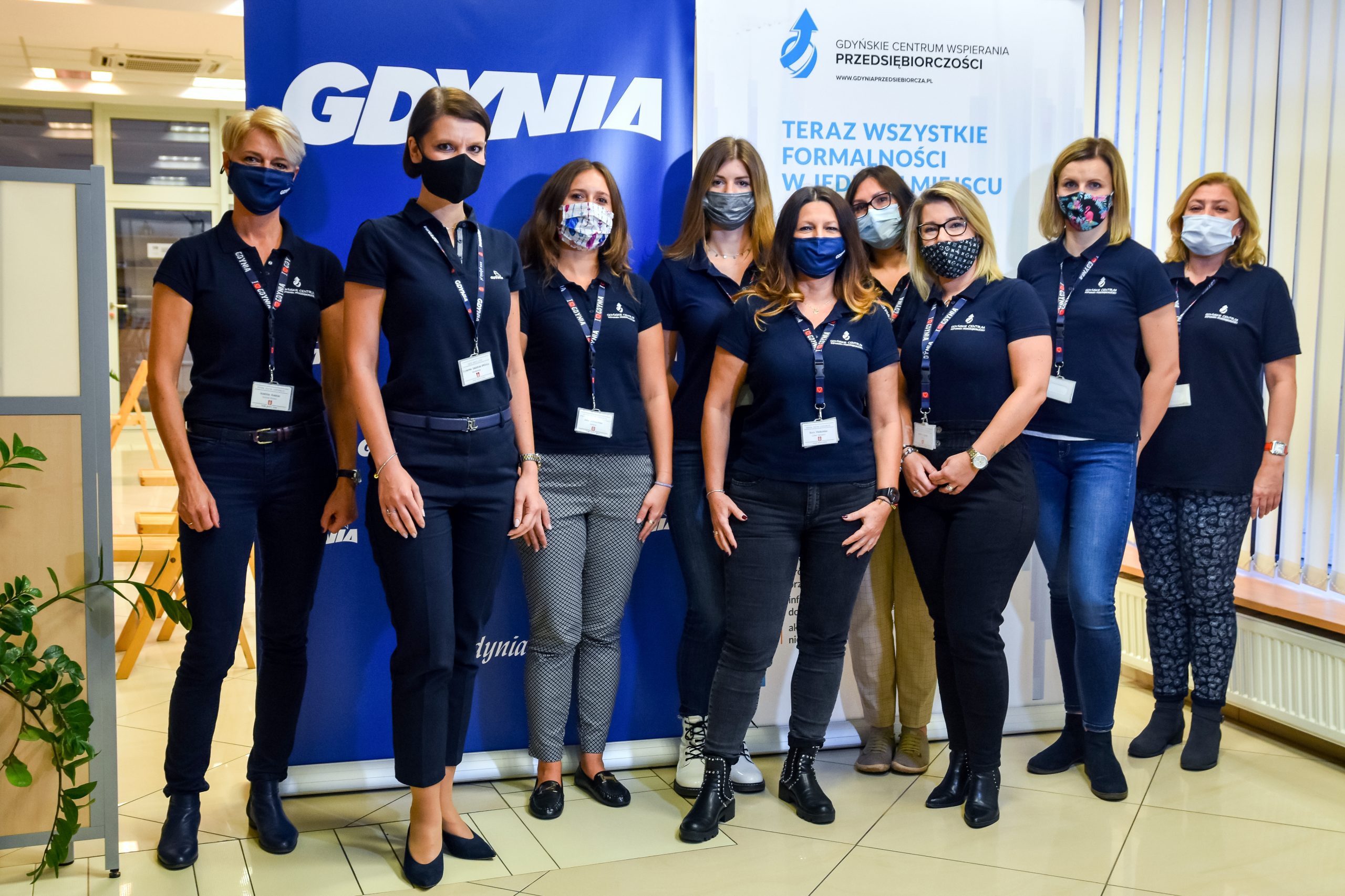 A city administration offers all businesses legal, marketing, and business-counselling support for free, to mitigate the effects of the COVID-19 lockdown. 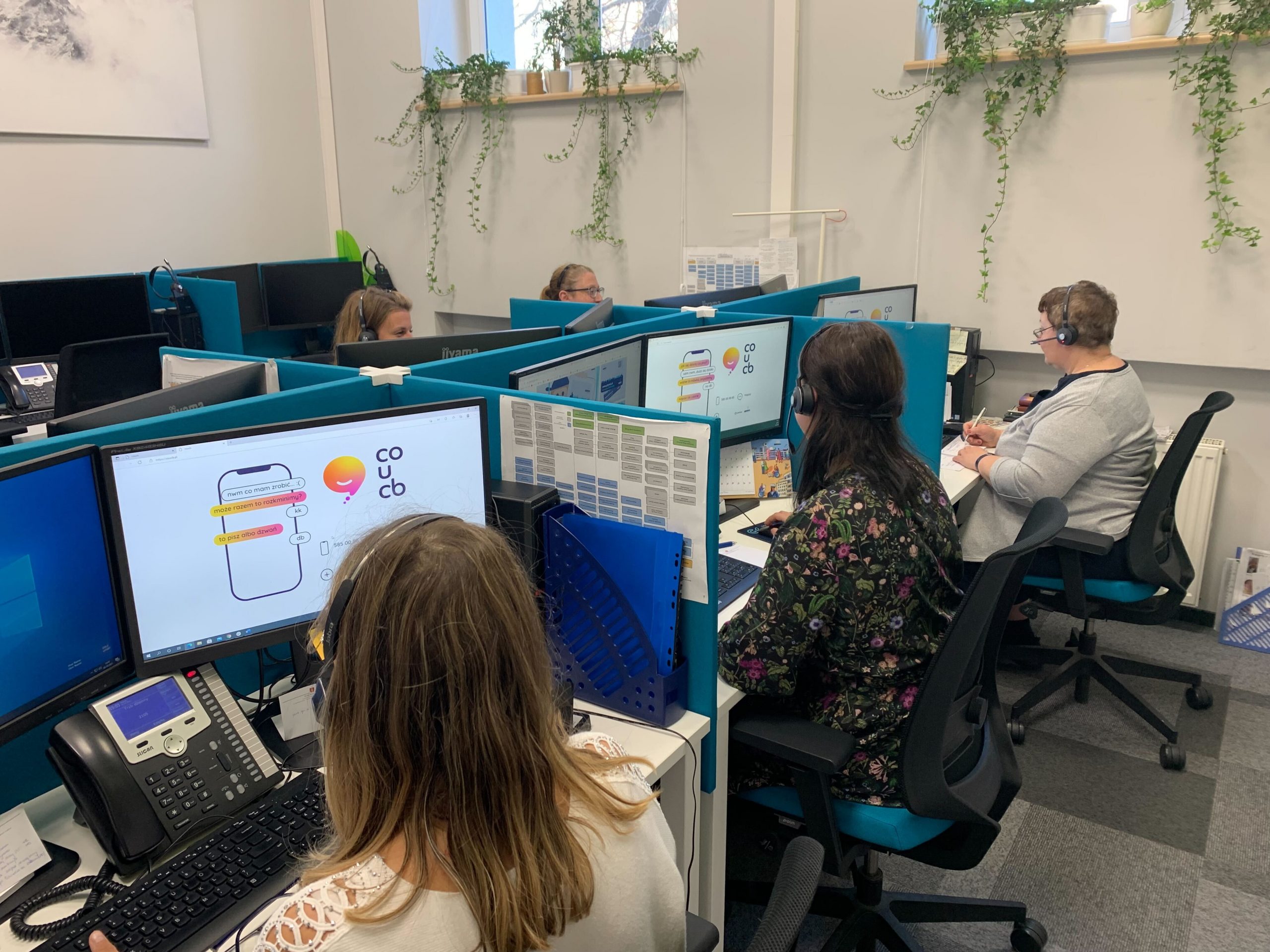 Gdynia's Programme to Support Students, Teachers and Parents During the Pandemic

A comprehensive range of supportive actions respond to the needs of students, teachers and parents facing the rapidly changing conditions resulting from the COVID-19 pandemic.